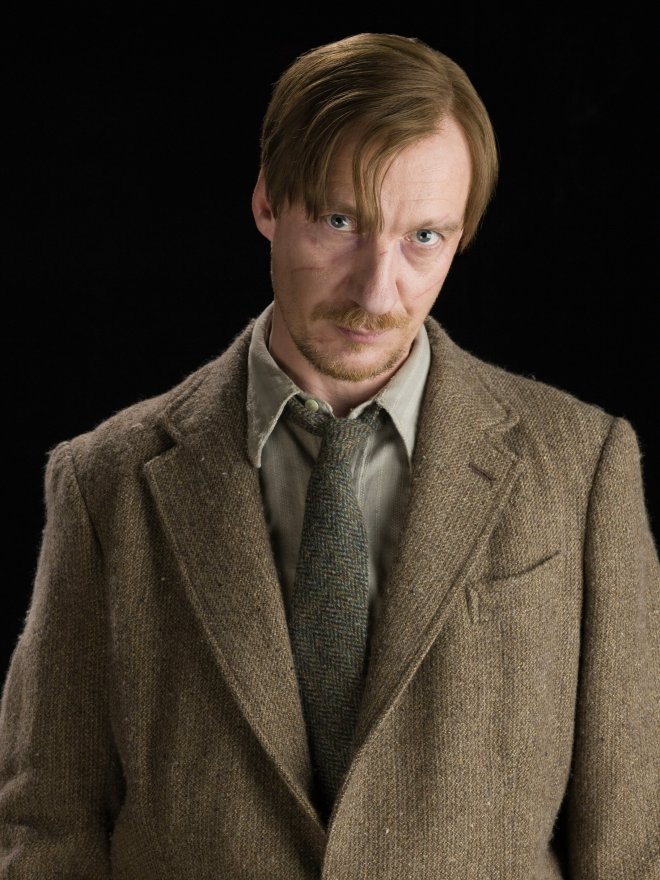 Who is Remus Lupin?

Remus Lupin is a character in the Harry Potter book series. Lupin first appeared in the third book of the series, and was a supporting character until the end of the final book.

Remus was compassionate, intelligent, calm, tolerant, levelheaded, brave, kind, and good-natured. To much of the world, he seemed rather shy and drawn-in. Despite having suffered a great deal of prejudice in his life due to his lycanthropy, he managed to retain an ability to see the good in almost everybody and was extremely forgiving. He also had an excellent sense of humour, and when he was a student at school, was one of the Marauders. However, unlike his friends, he never partook in bullying. He hence could be described as the most mature, responsible one of the group. He even became a prefect in his fifth year. Also, unlike his friends, he was able to, or at least would try to maintain civil conversation with those he did not get along well with, a notable example being Snape.

Remus was unusually perceptive, with an uncanny ability to guess the thoughts of those around him. This is especially clear in his conversations with Harry, such as his intuiting that Harry was afraid that he thought he couldn’t handle working with the boggart. He was a gifted teacher, with a rare flair for his subject and a profound understanding of his pupils. He was, as ever, drawn to the underdog, and Neville Longbottom especially benefitted from his wisdom and encouragement.

How does Lupin inspire me?

I was told a few years back that I remind people of a real-life Lupin. I have strived to emulate all of the qualities described of Lupin above. I try to be the good-natured, non-judgemenal friend to anyone I encounter. Just like how Lupin is described as the mature, responsible member of his group of friends, I’ve been told the same thing by my own friends on more than one occasion. The bottom line is that I can very easily relate to Lupin.

Lupin is often misunderstood, being that he is a werewolf. For various reasons, I feel the same way. On a daily basis at work, I’m often commenting “This is why I don’t make jokes – when I do, no one gets them!” I’ve been ostracized for being gay, for being an introvert, for having knowledge about BDSM, and for various other subjects. I see these traits and knowledge as interesting and it makes up a part of who I am, but I can also understand that these can be scary subjects to others. In turn, I empathize with other’s strange qualities as well, and always try to offer a safe place for friends and acquaintances to vent to about their weirdness.

Lupin, like the character Dumbledore, is very forgiving of others, and tends to give others the benefit of the doubt. Like what’s mentioned above, I have a tendency to see only the good in others and ignore their faults, weaknesses, or bad points.

I see Lupin as the kind of adult I want to become a few more years down the road.

Who is Horace Slughorn?

(My source for Horace Slughorn’s bio is here.)

Horace Slughorn was described as having a bumbling, jovial sort of personality. He was rather vain and quite fond of food, especially crystallised pineapple. Despite being a relatively good-natured person, he only had eyes for people who he thought had talent, would go far in life, and thus give him helpful connections and be able to influence or gain benefits from them. Thus, while he invited other students to his “Slug Club,” he had a tendency to rudely ignore people like Ronald Weasley because he didn’t view them as important, talented, or famous enough to warrant his attention.

Slughorn generally displayed the more positive traits of Slytherin, such as ambition. He never wished to be famous himself; instead, he preferred to help others become famous, which, if successful, gained him influence and/or benefits from them, such as being able to recommend the next junior member of the Goblin Liaison Office, free Quidditch tickets or a box of his favourite crystallised pineapple.

Slughorn’s personality, in many ways, contradicted the “evil Slytherin” stereotype held by many students of the other Houses, Gryffindors in particular. He wasn’t a bad person, and didn’t seem to hold any real prejudice against Muggle-born witches and wizards.

Despite his ambition, Slughorn knew where to draw his personal boundaries. His tendency to ally himself with powerful, talented, and important people never blinded him to his moral values, and thus, he was never tempted to join forces with Lord Voldemort and his Death Eaters. 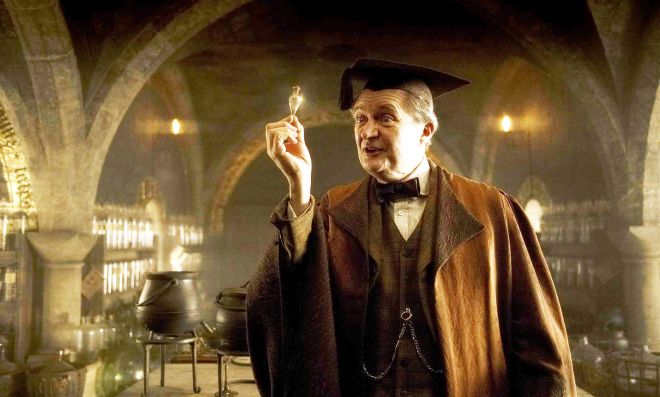 How does Slughorn inspire me?

I identify myself as primarily a Slytherin, and Slughorn represents the kind of Slytherin I feel I am. Slytherns are ambitious, passionate, and at the end of the day make great managers because they are resourceful to the end. Slughorn is all of those, plus he’s an incredible networker. He knows how to make connections, and further connect the people around him. This is something I strive for regularly. My most common example is directing people to my friend Bridget’s blog. 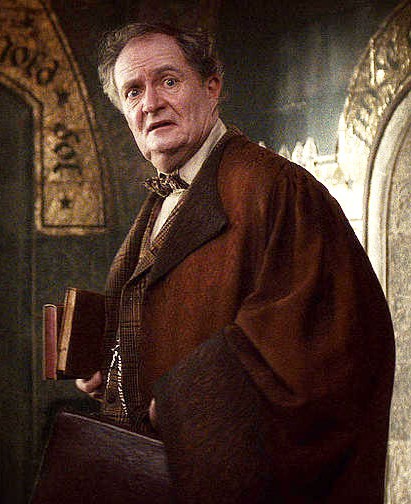 Slughorn is very laid back. He is also a forgiving man, one who is always collecting things, and always learning. Ravenclaws learn for the sake of learning, but Slytherins will learn something so they can use it to forward their own ambitions, which is exactly what Slughorn does and what I do. Slughorn collects his fans much like how I try to collect twitter/tumblr followers.

Both of these men are professors at Hogwarts School. They have developed their craft well enough to teach it to others. I see myself doing that over the course of my life – perfecting my own skills and then eventually passing them on to people I mentor later in life.

Thank you, Remus Lupin and Horace Slughorn for being inspirations!