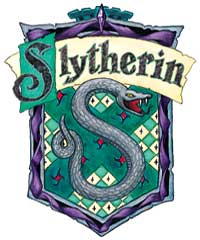 What is a Slytherin?

Slytherin is one of the four houses in the Hogwarts School of Witchcraft and Wizardry, from the famous Harry Potter book series. Most of the characters in the book spend their school days at Hogwarts, and are sorted into one of the four houses based on their personalities. The other three houses are Gryffindor, Hufflepuff, and Ravenclaw.

Each house has specific qualities that represent it. It is generally accepted that Slytherins are known for Traditionalism, Resourcefulness, Cunning, Ambition, Self-Preservation, Determination, Cleverness, Fraternity, & Power. I have personally found that Slytherins tend to become the great managers of the world, in mirror to how Gryffindors tend to become the great leaders of the world.

To quote from HP-Lexicon (the #1 Harry Potter Database on the internet!):

While many readers seem to wish that Slytherin House could be banished from Hogwarts, the fact is that Harry could not have defeated the Dark Lord without the help of Slytherin members. Snape taught him the Disarming Charm which became Harry’s “signature move” as Lupin put it, and the only spell that ever worked against Voldemort, undoubtedly saving his life in the graveyard. Snape also gave him the tip about the bezoar which saved Ron’s life, the Half-Blood Prince potions book which finally made him successful in Potions so he could become an Auror, the silver doe which led him to the real Sword of Gryffindor, and the memories of his mother Lily which gave him the understanding and willingness to sacrifice himself to defeat Voldemort. But other Slytherins were just as important – Slughorn for his memory about the horcruxes, Regulus for stealing Slytherin’s locket, Narcissa for her bold lie to Voldemort which brought Harry back to the castle, Crabbe for the Fiendfyre which destroyed the diadem of Ravenclaw, and even Slytherin himself for the basilisk fangs that destroyed Tom Riddle’s diary and the Hufflepuff cup. Finally there is Draco, Harry’s nemesis for most of the series. Through Draco, someone he knew well, Harry began to humanize the Death Eaters and realize how trapped some of them were in their predicament with the Dark Lord. And it was only by wrestling away Draco’s hawthorn wand that Harry could become Master of Death. He used Draco’s wand to kill Voldemort, and also to receive complete allegiance of the Elder Wand. 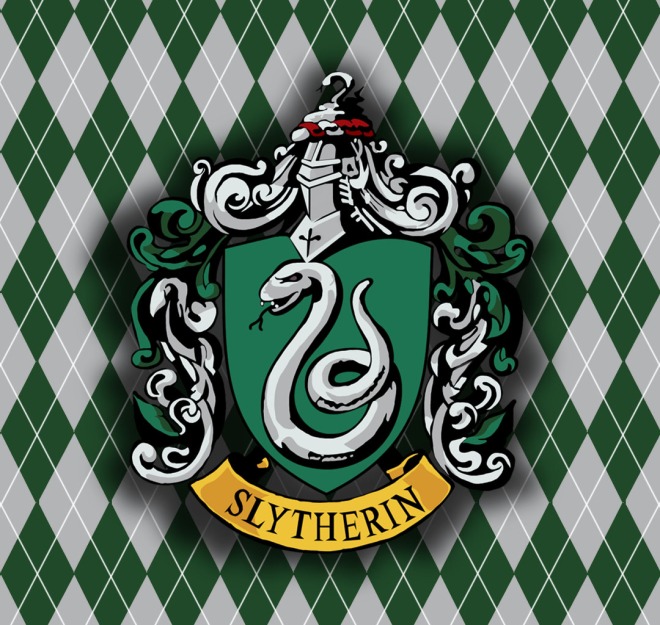 How Am I A Slytherin?

While each person can only be sorted into one house, there are many people in this fandom (most commonly found on the game, Pottermore) that identify with more than one house, since they exhibit qualities from multiple houses. Technically, I am 51% Slytherin, 35% Hufflepuff, 10% Ravenclaw, and 4% Gryffindor. Here are the (generally accepted) base personality traits for each house:

I believe myself to exhibit every one of the qualities described above for Hufflepuff (and I’m commonly mistaken for being a Hufflepuff!), but my Slytherin qualities outweigh my Hufflepuff ones just enough to tip the scales to land me in Slytherin. I feel I have wisdom (many people come to me for advice), individuality (read any bio I wrote about myself), and ability to accept anyone for who they are as my Ravenclaw traits, and just enough of a hint of strong willpower, which is one of the very few Gryffindor traits I have.

This post goes into extensive detail about each of the personality traits in all four houses, based on the Pottermore sorting quiz that each game player takes to start the game.

With all of that being said, the first images people usually think of when they hear or see Slytherin tend towards: Voldemort, The Malfoy Family, Bellatrix Lestrange, Severeus Snape, and Salazar Slytherin himself. I do not identify with any of these characters, no do I feel I even somewhat resemble any of them. Instead, I represent the less remembered Slytherins, particularly Horace Slughorn.

Each house has it’s stereotype, and the Slytherin one is a very mean-spirited, almost angry person who would kill anyone who gets in their way. Slytherins unfairly tend to be associated with negative things. Each house has more than one counter-example to this, and Slughorn is a Slytherin counter-stereotype.

In conclusion, I am a Slytherin because my ambition, resourcefulness, and determination are core qualities to me, and as Slytherin qualities, they bring me to my identity as a Slytherin.