“My name is Kinsey Millhone. I am a private investigator, licensed by the state of California. I am thirty-two years old, twice divorced, no kids. The day before yesterday I killed someone and the fact weighs heavily on my mind.”
— the opening lines of A is for Alibi

How did I discover Kinsey Millhone?

I first heard of Kinsey Millhone back in 2005. My grandmother had collected the book series by Sue Grafton since they first came out in the 1980’s, and she passed her collection to me when she died. I had started reading the summer before I was a senior in high school, and fell in love with the main character almost instantly.

Who is Kinsey Millhone?

Here is Sue Grafton’s biographical description of her star character.

The first thing to note: Sue Grafton will never allow her book series to be turned into movies, so there’s not really a particular actor or person that has portrayed Kinsey in the media. Just like Cecil, I have a vision of Kinsey in my mind, but your results may vary while reading the Alphabet Mystery series.  The Thrilling Detective claims that Dianne Keaton in her Annie Hall years would have been the best candidate to portray Kinsey, and I can see that. While Kinsey is often described as having short hair, I can’t help but keep a mental image of a long-haired woman in my head when I’m reading. The other person who I often envision in the role is Gwyneth Paltrow.

The other person I every-once-in-a-while envision Kinsey as is Alyson Kiperman. 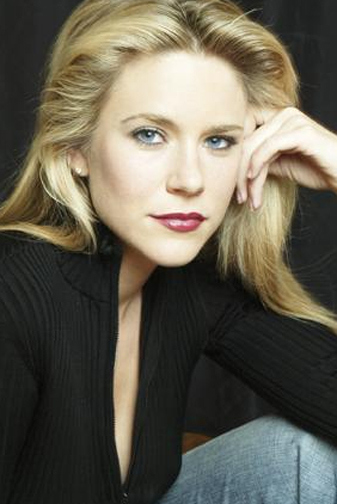 “With intimacy, the wreckage starts to show, damage rendered in the course of passions colliding like freight trains on the same track.” -Kinsey Millhone, D is for Deadbeat

How does Kinsey inspire me?

With all of that being said, the biggest way that I can let Kinsey into my mind to inspire me is through the words in the novels, which is why this post will have more direct quotes and not nearly as many images as usual. Kinsey has been an evolving inspiration to me, meaning that what I see and relate to her now is very different that what I saw and could relate to in 2005. I’m going to focus on how Kinsey inspires me today.

“I’ve known women like that, who use their troubles as a reason to get laid, as if sex were a balm with healing properties. -Kinsey Millhone, F is For Fugitive

I used to be the person Kinsey is describing above.

“I know a couple of guys on the circuit and they’re hard as nails, you know? Unhappy. Hostile towards women. They get laid, but that’s about all they get.” -Kinsey Millhone, D is for Deadbeat

While I’m not “on the circuit” as Kinsey is describing here, I am finding myself growing “harder” when it comes to men (flipping the genders in this quote). Sure, with the use of Grindr, Scruff, Manhunt, and the like it’s easy to go get laid. Serious relationships are a much rarer find on them though. I’m not really comfortable going out to a bar or club and start talking to guys there to try to find a date. If there’s any kinds of mixers in the area for finding dates offline, I haven’t had much enthusiasm to try them.

I really love Kinsey’s insights into the human mind:

“Like water, our feelings trickle down through cracks and crevices, seeking out fractures in our character usually hidden from public view. Beware the dark pool at the bottom of our hearts. In it’s icy, black depths dwell strange and twisted creatures it is best not to disturb.” -Kinsey Millhone, I is for Innocent

I’m on the fence when it comes to being hostile towards men. On one hand, the first thing I always see is if I would sleep with him or not. I’ve come to accept this will always be a gut reaction to any guy that crosses my path, no matter the context. That being said, knowing this is the first step to work on changing it. Kinsey is kind enough to remind me of my own faults by pointing them out in others.

Kinsey has a very solid belief when it comes to men and money:

“Rule number one, first and foremost, above all else was financial independence. One should never, never, never be financially dependent on anyone, especially a man, because the minute you were dependent, you could be abused.” -Kinsey Millhone, D is for Deadbeat

Ever since I first read this, I knew it was something I needed to strive for myself. I have thankfully never been abused because of being financially dependent on someone, but I have been deeply stressed by financial dependence. One of the many, many layers for my cross-country move is this. I’m inching closer and closer to being able to support myself, and Kinsey is that spark that started that goal. The above quote has been a mantra of mine for some time now.

“I’m capable of screwing things up by trying to solve all the problems in advance instead of simply taking care of issues as they surface.” – Kinsey Millhone, D is for Deadbeat

I have this problem. More than I’d like to admit, honestly. I am a major planner, and try to set everything up so I never have to worry about anything. Life rarely works so automated though, and I tend to forget that. I tried this when I was a student at Parkside, and the result was academic suspension. For a short while, I was trying to do the same out here in Vermont, but I’m more mindful of how I’m organizing myself.

“If the Bad Guys don’t play by the rules, why should the good guys have to?” -Kinsey Millhone, O Is For Outlaw

This quote in particular opened my mind. I was raised on the concept that good guys were good guys because they were always right, and were always capable of defeating the bad guys. Recently, all the lines of “good” and “evil” have become severely blurred. “Right” and “Wrong” are much more complex and subjective than I’ve ever seen them before.

The most specific example I can give of relating to this quote is on the subject of guns. I used to be hardcore “guns are evil, we need to get rid of all guns.” Now I realize how utterly impossible that vision is. Thanks to friends of mine who own and use guns, I can see that guns aren’t inherently evil, but rather the person who wields the gun is evil. To that end, I have made it a life goal to learn how to shoot a gun, and practice with that a bit. Why write it off until I’ve tried it?

“Here’s my theory. Things get bad? Think about the last place you were happy and go there.” -Kinsey Millhone, P is for Peril

This has been another mantra for me since I first read this quote. I even go as far as having my own little universe to escape to when life stresses me out and I can’t exactly drive somewhere that makes me happy. In the real world however, it’s all of my online profiles that I can escape to. Hence why the title of this blog is “My Little Corner Of The Universe.”

“We all need to look into the dark side of our nature – that’s where the energy is, the passion. People are afraid of that because it holds pieces of us we’re busy denying.” -Kinsey Millhone

Kinsey is very guarded – not many people get to know about her life, unless they gain her trust first. Until the internet and the advent of social media, this is how I’ve led my life, and my instinct at this point. Sure, I put a ton of stuff out on Facebook, this blog, etc, but at the end of the day my innermost thoughts and feelings stay with me. Only a handful of people get to hear about them. Once upon a time, I had a bigger support network. One day that network came crashing down around me, and I lost (in one way or another) all the people I trusted and cared the deepest about. That’s what led me into my death trap of failing out of college and having to move back in with my mom, even though I didn’t want to. I love my mom, but I never want to live that downfall ever again.

“People change, circumstances change, and what seems imperative one day becomes insignificant the next. The reverse is true as well.” Kinsey Millhone, S Is For Silence

On a deeper note: the above quote is something I’ve been trying to dig into more recently. I spent the year leading up to my move not just trying to make the cross-country move happen, but to move past my second relationship, to prepare myself for a new life, and above all else: define what my real passions are. While at my last job (and to a much smaller extent my current job) I’ve been trying to deny what I really want to spend my time doing, and just being distracted. By going back to community college in fall 2015, I need to take a hard look at what it is that I can commit myself to studying and getting better at. Otherwise, I’ll be just spinning my wheels and throwing away money again.

“If life is a play, then there’s a logical explanation, an underlying tale that pulls the whole of it together, however clouded it first appears.” -Kinsey Millhone, O Is For Outlaw

Kinsey is a very independent woman, and I’m a very independent man. As a child, I used to spend the bulk of my time by myself in my room, in my own little universe. Even now, I’m happiest when on my laptop on the internet, alone, or watching Netflix, alone. Kinsey’s independent streak is one that I relate to more than anyone else’s.

I love Kinsey’s notecard system for organizing information, and am working to make my own system like it. I also enjoy signing off on my blog posts just like how Kinsey does at the end of each novel.

“Our occupations bring out aspects of our personalities no one would ever dream of if they met us in civilian settings. -I is for Innocent

Kinsey is a licensed private investigator, and since Sue Grafton does such an amazing job at researching the relationships between the police and Private Investigators, it is through Kinsey that I have learned about the differences between the two. Knowing that the series is meant to be dramatic and Kinsey reminds us in every novel that the vast majority of her work is simple research in a library or steak outs for photos of people committing adultery, Kinsey started an interest of mine in the criminal justice system as a whole. At one point I was even considering criminal justice as a major because of her. Other characters, such as Don & Charlie Eppes, helped continue that interest.

Thank You Kinsey, for being an inspiration!

5 thoughts on “My Inspirations: Kinsey Millhone”