This is probably going to be my most controversial post in this series. 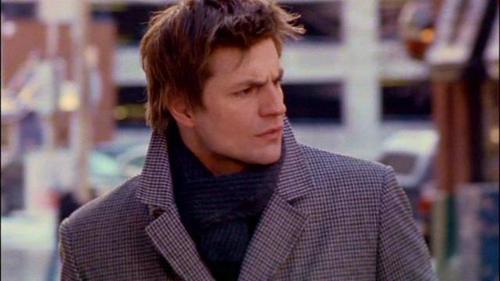 Who is Brian Kinney?

Brian Kinney is a fictional character from the American TV series, Queer As Folk. Brian is portrayed by actor Gale Harold. Brian is a handsome, masculine, successful advertising executive living in Pittsburgh in a loft, and he leads a glamorous and indulgent lifestyle. Brian is promiscuous and narcissistic, proudly clinging to his status as “the most desired man on Liberty Avenue.” Brian is famous for being a character that is shown having sex with a different guy on nearly every episode of the five season series.

Brian is considered to be one of the most iconic gay characters ever portrayed on television. He was voted most popular gay character in 2007 by the website AfterElton.

What about Brian inspires me?

Brian was my first real look into what life is like as an out gay man. Now, I’m fully aware that not every gay man lives his life like Brian does, but there’s a great deal of men who do. With the advent of Grindr, Scruff, Recon, Manhunt, and many, many more, any man who wants to can try and “play as” Brian for however long they want.

Brian is a master of his craft. This is a running theme throughout my inspirations. First and foremost, Brian is an advertising executive, and a successful one at that. Brian starts out as a top notch executive in the first episode and eventually starts his own agency, which quickly takes off because of Brian’s raw talent. Whereas Kai was my childhood inspiration to teach me to strive for perfection, Brian is my adult inspiration to show me how important it is to constantly improve myself and my craft. Brian is a smooth talker, and knows how to get the job done in a short amount of time. Brian is as strong of an ad executive as Bianca is a Drag Queen, or Don Epps is an FBI agent. 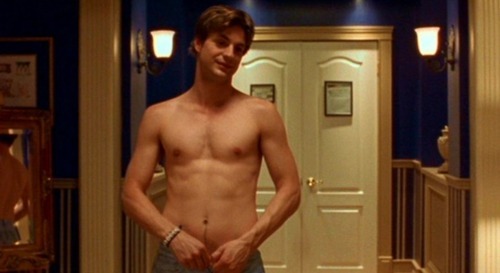 Brian is a sex symbol. He has more sex than any other gay character I’ve seen on any other medium in my life. Every time I open Grindr or other such app, my mind always flicks back to him, because there are Brian wannabes on every gay social app on the market. While the amount of sex that Brian has is scary to some, he was never ashamed of it, and never regretted it. Brian was the first person (granted in fictional form) to show me that there is nothing inherently wrong in having sex.

Where my deep respect for Brian’s status as sex symbol comes in is that even with that many hookups/partners, he always advocated and enforced using condoms. As much as Brian played with other guys, he played on the safer sex side.

A part of Brian that I don’t draw inspiration from was that he also used plenty of recreational drugs. While I have no interest in drugs myself, he was the first person/character to start breaking down false images that I had put in my head from the anti-drug programs in elementary school.

“No apologies, no regrets.”

This is one of Brian’s core values, and I feel that I have much to learn from this. Brian always stands behinds what he does, even if it’s unpopular or hated. Brian lives for himself, and sees that he is the keeper to his own happiness.

The things I can learn from Brian are specific and complicated. While I dream of the life that Brian has – wildly successful and a symbol of a sex-filled life, there’s a lot to making that happen safely. I had a phase years ago when I was watching Queer As Folk regularly where I spent more time thinking about getting laid than actually putting in the work to make myself succeed in life, and it contributed to one of the biggest mistakes I ever made in my life: failing out of my first college.

Another subtle thing that I like about Brian is his sense of style and fashion. The Tie Guy is showing me exactly how I can accomplish a wardrobe like Brian’s.

As I revisit Queer As Folk, Brian serves as a constant reminder that his life is the prize for mastering my skills in life, and putting in the work to reap the rewards. Though now when I look back, I remember that there is much more to life than just sex, but it is an important component in a relationship.

Broadly speaking, Queer As Folk as a show has been a major influence in my life. I first saw it when I was 19, but I didn’t see that it was based off the United Kingdom version until I was in my mid-twenties. While the United States version seems to have been more successful than the United Kingdom one, there is a huge cultural difference behind Brian’s character that has shaped how I look at life.

In the UK, going to a Pub in the evening is a more regular thing, and Pub culture in general is very prevalent. The drinking age is also younger over there than here in the US as well, making it “normal” for a 19 or 20 year old to be in a Pub. The concept of me creating foursquare venues for my apartments as Clubs and Bars was started by my fascination with Brian always going out to Babylon every night. In reality, this isn’t as common as I thought it to be when I first saw Brian at 19. This is also a comment on drinking culture that Karen Walker follows up on for me.

Thank you Brian Kinney, for being an inspiration!

2 thoughts on “My Inspirations: Brian Kinney”